Lucky To Be Alive

Mark Shaver and his seven children are lucky to be alive today. Leaving his wife home so she could enjoy some alone time, Mark volunteered to take the kids (ages 3 to 14) camping a few hours from their home in southern Oregon. He checked the weather, and conditions looked favorable, so off they went in the family minivan.

Then the storm hit, dumping snow and trapping the family. In an attempt to escape, Mark drove a ways down the road, pushing snow ahead of the van. But the farther he went, the deeper the snow got, until they were finally unable to go any farther. There they sat overnight while another 24 inches of snow buried the van. For the next two days, they were stranded, living on a little bit of peanut butter.

Unfortunately, Mark had not brought a cell phone nor any other means of communications. Fortunately, he stuck to his prearranged plan and actually went where he said he was going. That made it easier when, after they became overdue, authorities were notified. Knowing where to look made all the difference and resulted in a speedy rescue, as a searcher on a snowmobile located the van.

The lesson from all this? Never trust your life (and especially not the lives of your children) to a single weather report. This time of year it's necessary to maintain a constant vigil on the weather by listening to NOAA Weather Radio stations and by personally observing changing conditions of cloud cover, wind, precipitation, and temperature. This is called maintaining situational awareness — not letting things sneak up on you without your awareness.

A second lesson — prepare your vehicle as if you knew you were going to have to spend several days trapped by the weather. Have more than a jar of peanut butter onboard. Think what you would need in the very worst possible conditions, and prepare for that. Sleeping bags, tents, fire starting materials, signal devices, extra clothing, extra food and water, a medical kit … the list goes on. Failure to do that is nothing short of negligence. It might be innocent negligence, but the grim reaper doesn't weigh your ignorance when he comes calling.

Another lesson is to always carry a communication system or two — cell phone, CB radio, handheld HAM radio, personal locator beacon (PLB), or the personal satellite messaging system known as SPOT (www.findmespot.com). A PLB or a SPOT is particularly useful because, with the push of a button, it sends via satellite your GPS coordinates so rescuers know exactly where to come and find you. 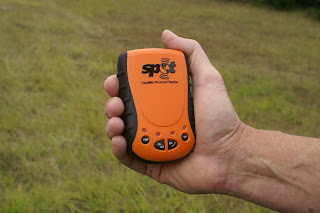 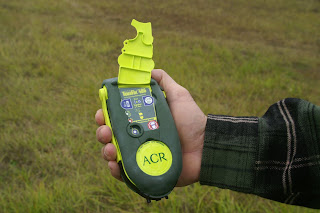 In a television interview with the Shaver family after everyone was home safe, Mr. Shaver took a very casual attitude about the whole incident, claiming that he was okay with what happened because he had grown up in the woods when his father worked for the Forest Service. I hate to be critical, but he needs to understand that he dodged a huge and deadly bullet this time. And the bullet wasn't just aimed at him, it was aimed at seven children. The newspaper morgues are full of stories about people caught in nearly identical situations who didn't make it.

Mr. Shaver, I'm happy to be able to say this — you and your kids are lucky to be alive.
Posted by Rich Johnson: at 9:38 AM