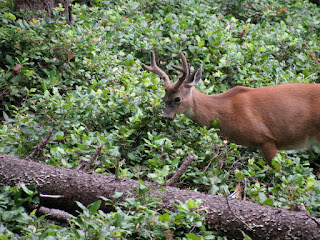 It happens all the time — people drop their guard while out wandering through the wild outdoors, and they get into trouble with animals.

Part of the problem is the Hollywood-spawned mentality that humans and wildlife interact peacefully, as long as you approach the animals with good intentions. Somehow, the wild animals are supposed to understand that you mean them no harm — all you want to do is cuddle.

Boy, that's a load of trash. Let me put it this way, if someone wandered into my home uninvited, the last thing I'm going to think is that he wants to cuddle. Well the same thing applies to wildlife. That's their home you're wandering into.

Survival as a wild animal demands that these critters live in "red alert" mode all the time. The minute they let down their guard, they become someone's lunch. This becomes the most important concept in their life, so when a threat appears they will either run away or fight for their life.

Then you show up with your camera and snacks, hoping to feed one of these cute creatures. Next thing you know, you're in a hospital bed with injuries or perhaps disease you received as a result of your adventure.

So here's the deal — If you encounter a wild animal: 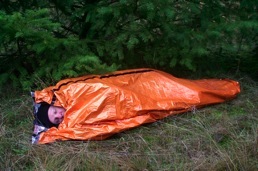 You've probably seen the credit card commercials with the message "Don't Leave Home Without It."

Well, that concept ought to apply to the outdoors. There are some things you should always have with you when you venture beyond the borders of civilization. Some outdoor organizations have proposed their list of Ten Essentials, but here's my own list.

Actually, this is a list of the Ten essential categories, and you'll notice that I've added the stuff I use to fill those categories. Feel free to modify this list to suit your own situation.