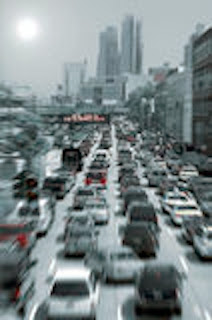 When disaster hits, you have two choices — shelter in place (stay put), or evacuate.

There are very good reasons to shelter in place if you can, but there are times when evacuation is the best alternative. When that time comes, your prepared evacuation plan should allow you to answer the following questions:
Spend some time creating your evacuation plan, along with contingency plans in case Plan A doesn’t work out. This can be a life-saving exercise for you and your family.
Posted by Rich Johnson: at 8:05 AM