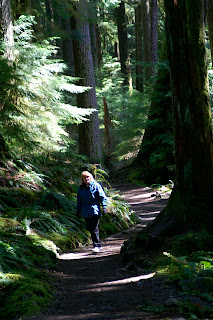 It’s surprising how quickly a simple day-hike can turn into a tragedy, so be prepared to stay in the wilderness longer than you planned

You don’t have to go deep into the wilderness or be trekking some exotic land to get into a survival situation. It can happen right in your backyard on a simple day hike.

A perfect example of this can be seen in what happened to 19-year-old Nicolas Cendoya and 18-year-old Kyndall Jack when they went for a quick and easy day hike on a pleasant Southern California day.

It was Sunday when these two set out along the popular and well-marked Holy Jim Trail in Cleveland National Forest. But it wasn’t until 4 days later on the following Thursday that Kyndall Jack was finally found. When she was discovered, she was near death from dehydration and exhaustion. Her hiking companion, Cendoya, had been located the day before, also in serious risk due to dehydration.

As news of this incident is still so fresh, there is no clear indication about how these two teenagers got into trouble. When they were discovered by rescuers, they were both without shoes, they had become separated from each other, they were out of water, and they were totally lost and disoriented.

Cendoya was actually found severely dehydrated on Wednesday by another hiker, who then reported the incident to authorities. Orange County Sheriff’s Lt. Jason Park reported that Cendoya was “extremely confused and disoriented.” He was surrounded by so much vegetation that the rescue helicopter crew had trouble keeping track of him, even after they initially spotted him. In fact, during the search two volunteers got lost themselves and had to be airlifted out. ”That’s how thick the brush was,” said Division Chief Kris Concepcion of the Orange County Fire Authority.

The search continued for Kyndall Jack, and on Thursday searchers heard a faint female voice calling for help. They followed the sound of her voice across a canyon and up a near-vertical slope past a series of waterfalls to a small rock outcrop described as no bigger than a yoga mat. That’s where they found Kyndall Jack clinging to life in a severely dehydrated condition, disoriented and having difficulty breathing.

“She was filthy from head to toe,” reported sheriff’s deputy Jim Moss, a paramedic who was lowered to her from a helicopter. “Her lips were black with dirt, her eyes were barely open, and she had on no shoes. She was just kind of clinging to the ledge on the cliff side, going in and out of consciousness.” Despite her extreme dehydration, the rescuers were afraid to give her water because her mouth was so full of dirt she could choke. “She was limp and lifeless,” Moss said. “She wouldn’t have made it much longer. She’s really lucky.”

Her rescue brought to a close the search that had Southern Californians holding their breath for most of a week. How it all began, and some of the details of the incident are still a mystery. What is known is that, at some point in their hike, Cendoya called 911 to report that they were lost and out of water. During the call, Cendoya said he thought they were about a mile or two from the car. It turns out they were less than a mile from the car, but the information he gave was in totally the wrong direction. Not long after that, the cell phone battery died. Sometime that first night, the pair became separated. Somehow, they both managed to lose their shoes.

Cendoya was found just 500 feet from a heavily-traveled dirt road. According to Lt. Jason Park, an Orange County sheriff’s spokesman, Kyndall Jack was found “very, very close” to where Cendoya had been found. “I have no doubt that they came out here with the best of intentions, but this is a complicated environment and, before you know it, you’re lost.” He continued that having civilization so close at hand, it can lull hikers into a false sense of security.

Amen brother! Four days is too long for a day hike, but this kind of thing happens all the time. It’s what I call Day Hike Syndrome. It starts with the mistaken belief that since you’re going on just a short hike, and perhaps on a trail you’ve hiked before, no special preparation is needed because nothing can go wrong.

In a heartbeat, a simple day hike can turn into a struggle for life in the wilderness. All it takes is an accident that results in an injury, a sudden illness, a mistake that takes you down the wrong trail, or an unexpected change in the weather.

It can happen to anyone, but there are lessons we can learn from every incident like this one.