It was 4:00 a.m. when the bear, or perhaps bears, rampaged through the campground, leaving one camper dead and others injured and scrambling to the relative safety of their cars to save their lives.

The Soda Butte campground, near Yellowstone National Park, was the scene of a similar incident in 2008, when a grizzly bear attacked and injured a man while he slept in this tent. The 27- site campground is located near the Beartooth (aptly named, apparently) Highway, 125 miles southwest of Billings, Montana The area is well known for its grizzly and black bear populations, according to a spokesperson for the Gallatin National Forest.

There are lessons for us to learn from all this. 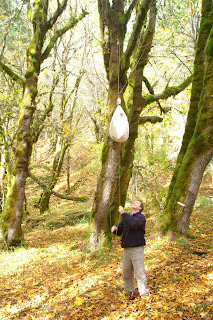